Museums have been a destination of mankind for a long time. They often are visited for what they offer as an architectural part of the city, or for what they’ve got inside. Normally we walk in them visiting the valuable items, based on a predetermined path, and we walk out. As a matter of fact, we have to make time to visit a museum.
What if museums didn’t have to be a destination? What if there was a possibility of bumping to a museum, walking home after work? What if the museum was divided into its sectors, and those sectors had been spread all over the city, and there was a possibility of finding one where ever you were? Would all of this “what if”s make sense?
That is exactly what we think of the future of museums, and that is what we’ve tried to design.
Earlier we talked about the linear, and predetermined diagram of museums normally, and that is exactly the starting point for us.
That path and our walking journey within the museum are limited in the scale of a building, within the destination we’ve reached to visit, separated from the rest of the city, and people. Therefore, we removed the walls, and what was left of the museum was the program, objects, and diagram of movement. We scaled it to fit in the city, not just a building. Therefore the museum was divided into little parts (like an object) that could be placed anywhere. In order to engage people with these objects more, we thought of the promenade. So we mapped some of possible promenades that could happen in the city. Those mapped paths could show the places where those objects would settle, and move on, based on a fixed timeline.
Thes objects are 9*9 cubes that can reshape themselves to fit in the area, sitting on the ground, or sticking to a building, as self-governing cells.
This type of museum could make it possible to have a particular museum in different cities or countries. So that we could visit different parts of the Florenc museum in Tehran, Tokyo, or Paris.

visitors may know one of those little parts of the museum is around, but they don’t know the exact spot, so they’ll have to search to find it. Also, visitors may interact with the smart cubic boxes. 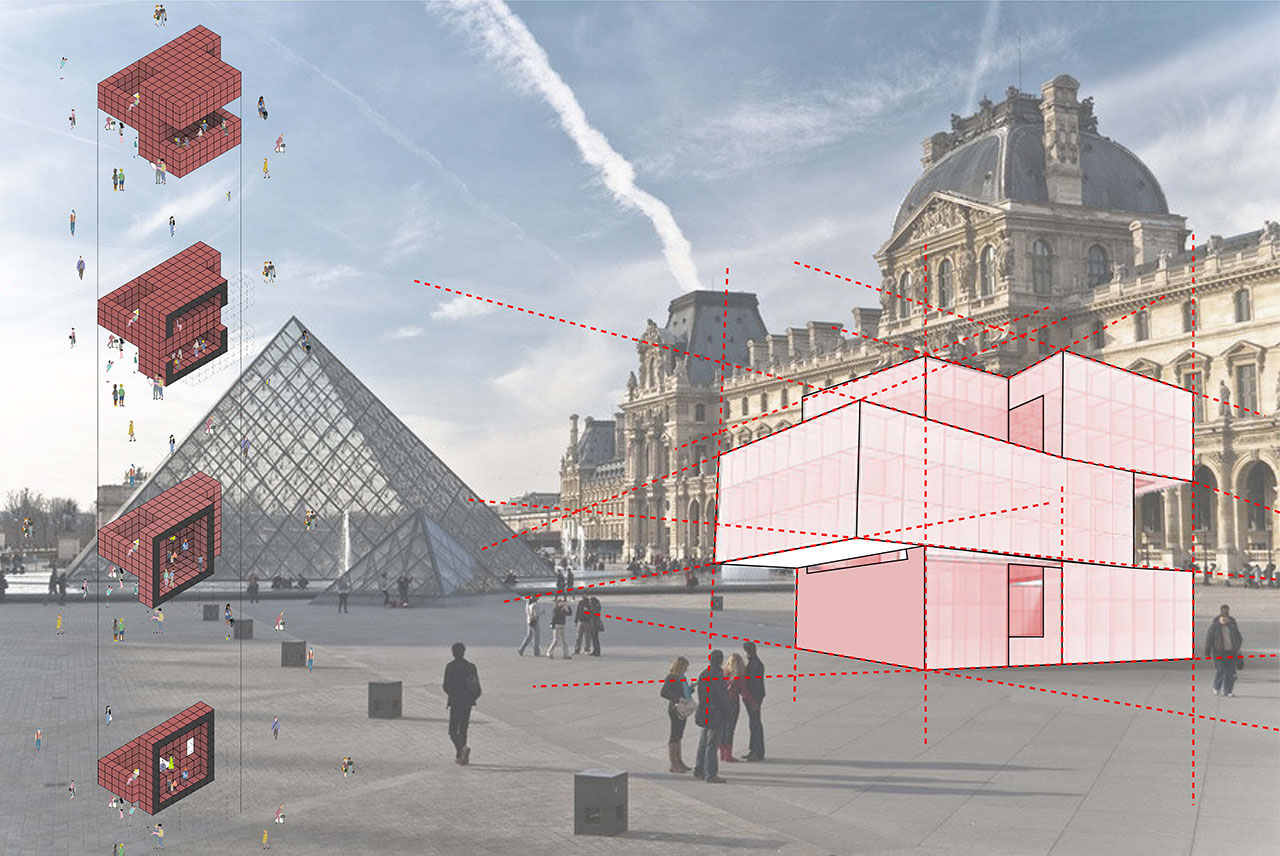 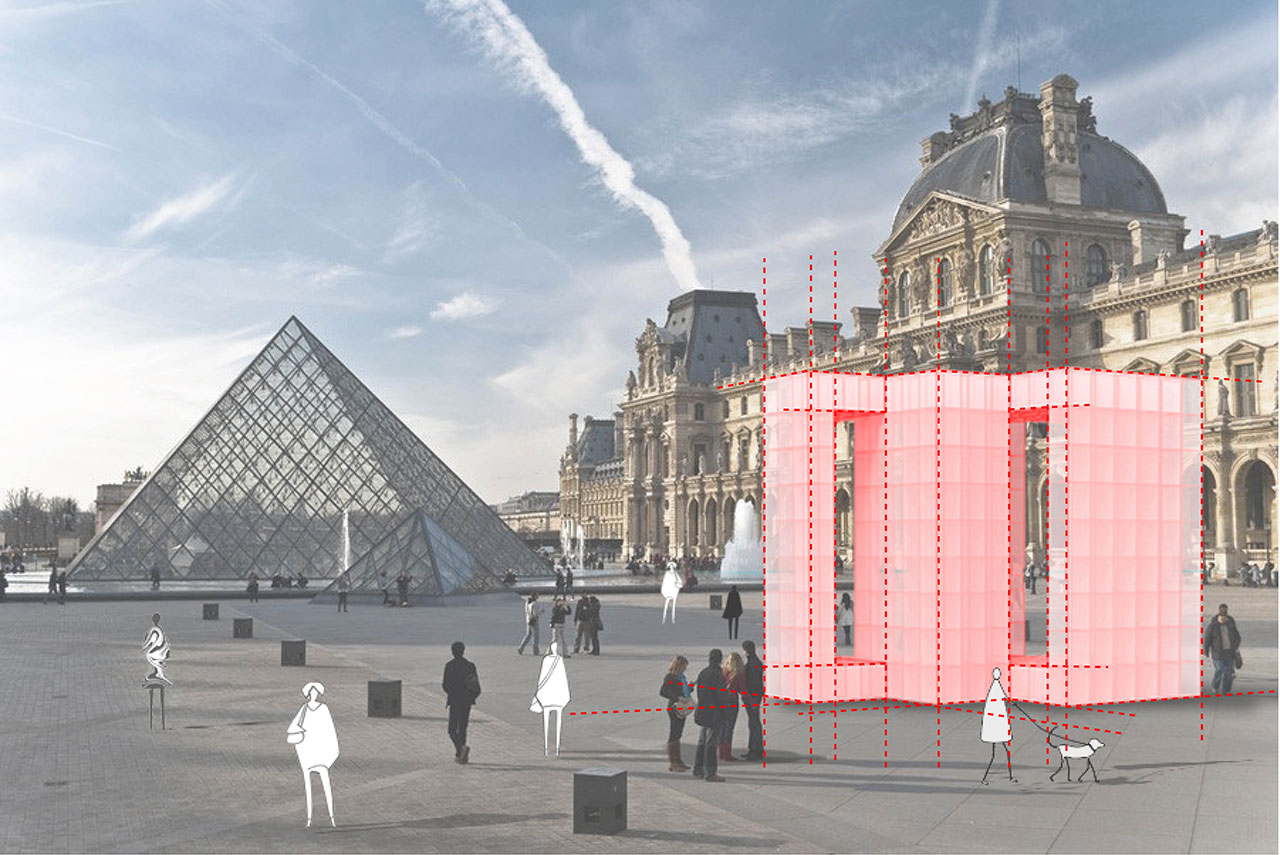