On the occasion of the 95th edition of Pitti Uomo (8-11 January 2019), Slam Jam, the eclectic Italian company that, for years, has dedicated its research to urban culture, will celebrate its thirtieth anniversary from its founding. over the years of the developing the brand, clothing has been the connector between individuals and communities animated by the same interest in art, music and fashion. To celebrate this anniversary, Slam Jam will collaborate with his most established partners, Carhartt WIP, Nike and Stussy, to create a series of interventions in the evocative spaces of the Marino Marini Museum. These installations will create a dialogue with the surrounding context, inhabited by the works of the Italian sculptor Marino Marini, and will be available to all those who decide to visit the Museum in its usual visiting hours.
Inside the Museum there will also be a Museum Shop curated by Slam Jam, with exclusive items specially selected for the event.
The ground floor of the Museum will host the collaboration with Carhartt WIP which, together with the KALEIDOSCOPE platform, will pay tribute to the intersecting energies of contemporary art and urban culture. The Franco-Danish duo OrtaMiklos develop an installation and performance in this spact, interpreting the dialogue between the theme of work in progress and the recovery of elements of industrial waste. The top floor will host a project, not yet revealed, that Nike and Slam Jam will dedicate to some of the subcultures which have been able to self-assert themselves through the peculiarity of their style. The project will consist of an installation by the Gonzalez Haase AAS studio in Berlin, in collaboration with the Munich firm Bureau Borsche, to present an icon of the Nike brand. In addition to the installation, a short film by ONYX Collective, a creative group based in New York, which also created an original soundtrack for the occasion, will be presented. The band will perform live during the event.

Stussy will present a short film made exclusively for Slam Jam and his presence at Pitti and will produce a limited range of items that will be sold in the Museum Shop. Specifically, a short movie on the world of professional billiards will be presented, linking to the 8 Ball iconography of the American brand, directed by Edward Quarmby. 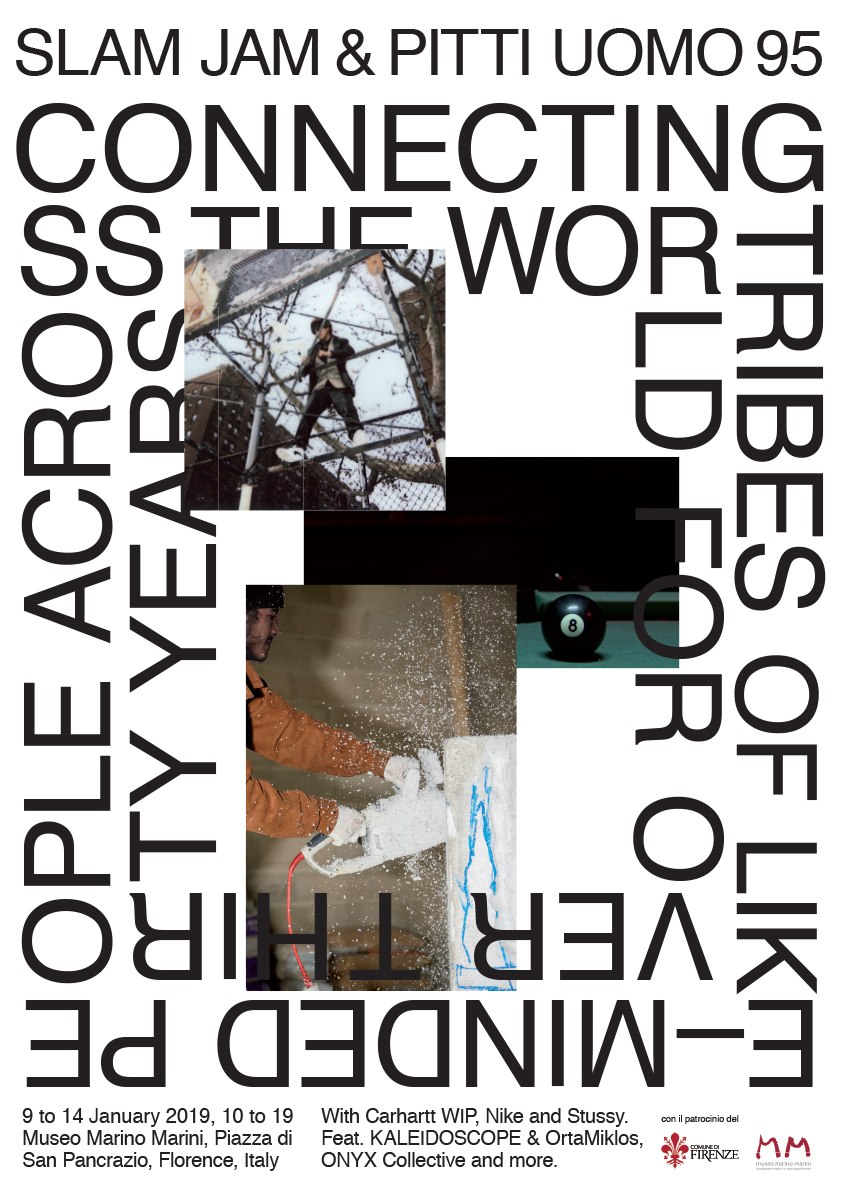