Marino Marini Museum is open Mondays, Saturdays and Sundays from 10am until 7pm (last access 6pm). The Museum is closed on 25th December and 1st January. On 24th and 31st of December the Museum closes at 2pm (last access 1pm). For more information visit this page.

The museum preserves 183 works by Marino Marini (1901-1980): sculptures, paintings, drawings and engravings. The works are arranged thematically rather than chronologically, the themes being related to the mood of the work, more than its iconographic subject matter in a narrow sense: it revolves around the imposing equestrian sculptures, the series, equestre dell’aja (1957-58) placed in the epicenter of the ancient liturgical space and immersed in natural light coming from the large skylight. Marino considered the presence of natural light to be an essential element for reading his work: this criterion is fully welcomed and exploited in the museum; the observation points are manifold, thus counteracting the aversion of the artist for “the work to be viewed on the pedestal”, a concept far distant from Marini’s guiding leitmotif. The works were donated at different moments, both from marino marini and his wife. In 1980, the artist donated to the city of Florence the first group of works, consisting of 22 sculptures, 31 paintings, 30 drawings and 30 engravings. Subsequently, in 1988, his widow donated 42 additional works to the city of Florence in order to make the museum collection more complete and detailed. Meanwhile, the museum heritage was enriched by another 25 works donated by marino’s wife, la signora del vecchio, il lascito testamentario jesi, and la signora freccia. the museum contains exclusively marino marini’s works from 1916 to 1977, all exhibited on the four levels of the museum.

Warning: Use of undefined constant ids - assumed 'ids' (this will throw an Error in a future version of PHP) in /home/customer/www/museomarinomarini.it/public_html/wp-content/themes/marinomarini/functions.php on line 208 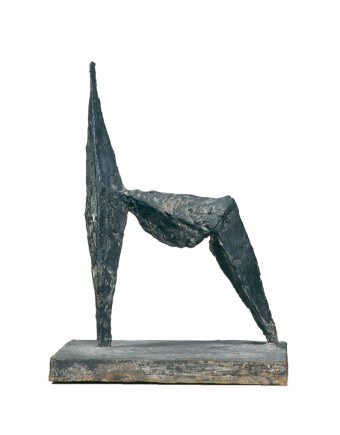 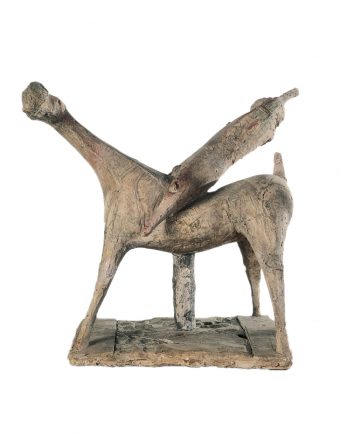 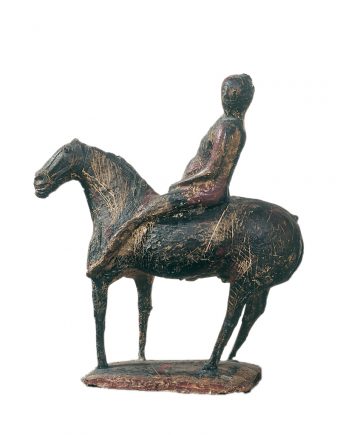 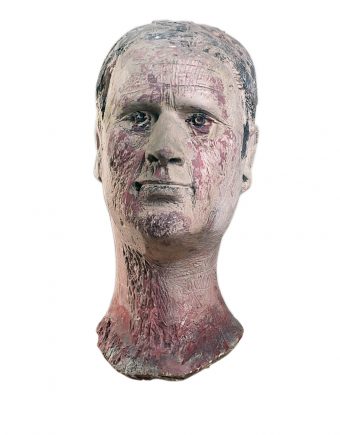 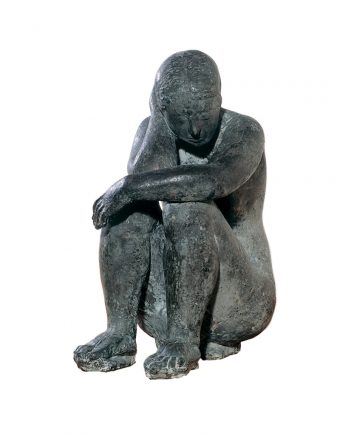 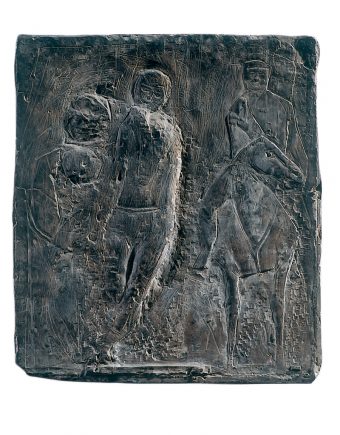 Marino Marini was born in Pistoia in 1901. in 1917, he enrolled in the academy of fine arts in florence where he took courses in painting with galileo chini and sculpture with domenico trentacoste. he devoted the early years of his activity to painting and drawing. in 1927, while residing in florence he met monza arturo martini who, two years later, called upon him to come to teach at i.s.i.a., at the royal villa in monza. in 1928, he participated in the exhibition in milano of the “novecento” group. in ’29 he came to paris, where he had the opportunity to meet with other artists, such as de pisis, picasso, maillol, lipchitz, braque, laurents. on the direct advice from mario tozzi, he sent the terracotta sculpture, “people” to the exhibition of modern art in the bonaparte gallery in paris. he continues to exhibit with the group “novecento” – in milano (1929), nice (1929), helsinki (1930) and stockholm (1931). His first solo exhibition took place in milan, in 1932, and in ’35 he won the first prize for sculpture at the quadriennale in rome. these are the years when marini defines his artistic research within two essential themes: the knight and the pomona.
In 1938, he married mercedes pedrazzini, affectionately renamed marina, who was by his side for the rest of his life. in 1940, he left his teaching position in monza for the sculpture chair at the brera academy, which held until 1943, when he fled to switzerland in the wake of the war.
during these years he had the opportunity to frequent people such as wotruba, germaine richier, giacometti, haller, and banninger, and to get in touch with the most advanced artistic realities in europe. he was exposed to basel, bern, and zurich. when the war ended, marino returned to milan, he reopened his studio and resumed his teaching.

The evocative spaces of the museum, the Rucellai Chapel with the Sacello of the Holy Sepulcher, and the medieval crypt, offer the ideal frame for private events, and can be reserved upon request by associations, businesses, institutions, schools and private persons. The spaces can host congresses and conferences, meetings, or business presentations, private dinners and cocktail hours, in an original and fascinating context.